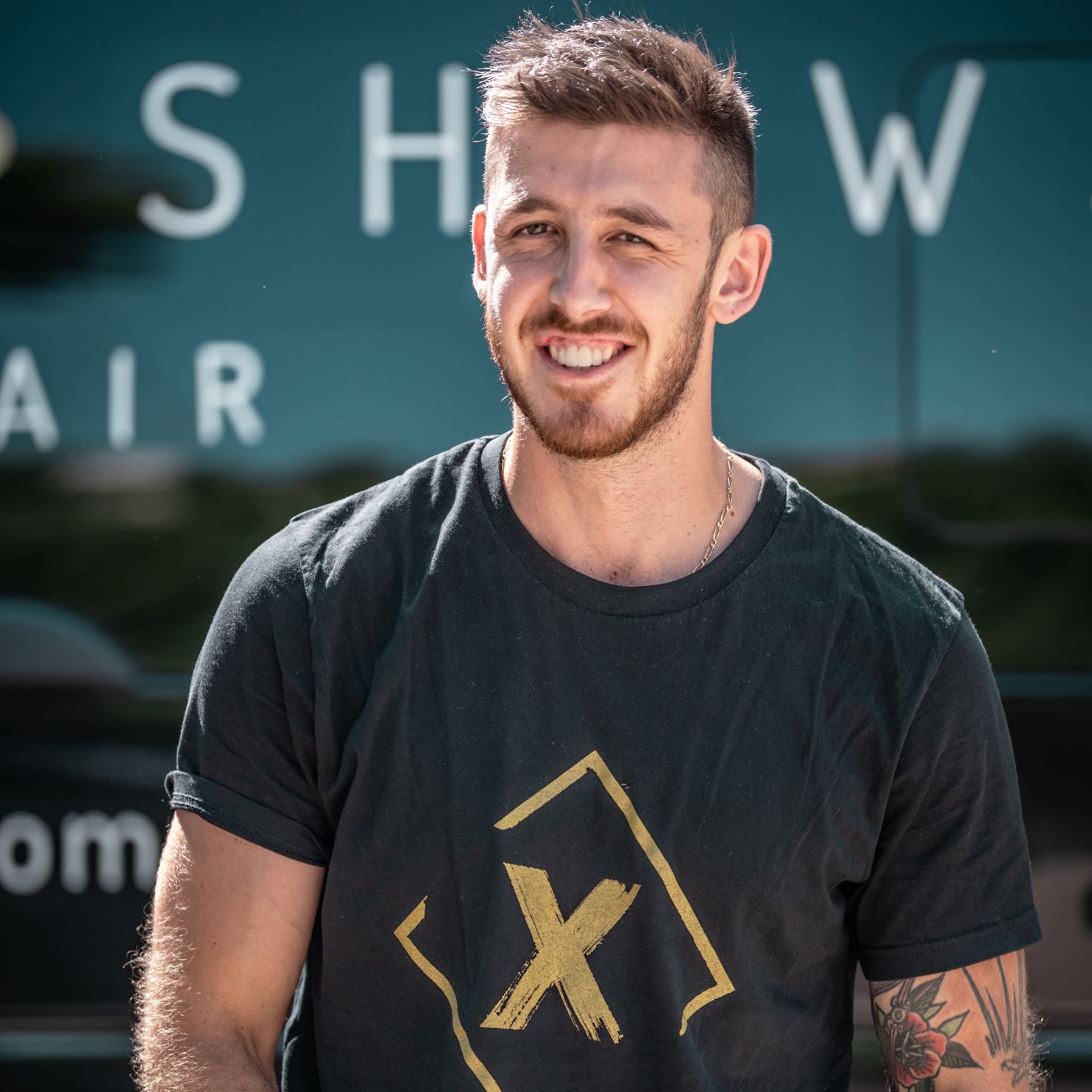 Presentation of the pilot:

Tanguy has been cycling for 12 years, after 8 years of freestyle BMX, he has been riding dirt jumping MTB for 4 years.

After spending his CAP pastry chef, he decides to put everything aside to try to live his passion: The bike. Luckily, he is recruited by X-Sport shows to reinforce a show (at the time in BMX freestyle). His adaptability to a show structure, and his riding attracts the attention of Yohan Triboulat, which allows him to join the team as a professional. It integrates the structure X-Sports shows in 2013.

He rides in BMX freestyle for 2 years within the structure before deciding definitely to ride a MTB.

During all his riding years before joining X-Sports shows, he often gets injured, sometimes quite badly, but the passion and the desire to ride are there and he always goes back on his bike. However he keeps the desire to want to continue and decides to prepare himself physically, so he juggles between cycling sessions and crossfit.

Holder of many committed tricks, he always favors style, which allows him to have a way to roll his own.

Not very fan of competitions and can not do both, he focuses on shows. The competition requires a lot of time because the mtb slopestyle is an ever-growing sport, which requires to learn new faces again and again. The show therefore remains for him his priority because he likes the proximity and sharing that we can have with the public.

Tanguy is constantly looking for inspiration and progress for his riding, whether on the technical side or just for committed figures, so it's a versatile rider. During these 6 years at X-Sport shows, he has been able to adapt to any areas of show, and even to TV shows such as "Tu Si Que Vales" in 2018 and "Arab Got Talent" in 2019 at side of his sidekick Maxime Peythieu.

He still manages to find something to diversify the show and even the discipline thanks to a personal work as well as a work of synchronization with the members of the team.

Tanguy holds the record for the smallest backflip tail whip (back flip while spinning the bike) during a show at Roc d'Azur.