For several years now, X-sports Shows has selected the more spectacular sports that are also best adapted to its travelling shows.

Another important aspect is that the athletes who come from different sports must be able to live and work together to put on the same event. In fact, the company's fame has developed in part through the intense, dynamic and combined choreography of its shows. X-Sports Shows was the pioneer in this field starting at the end of the 2000s. 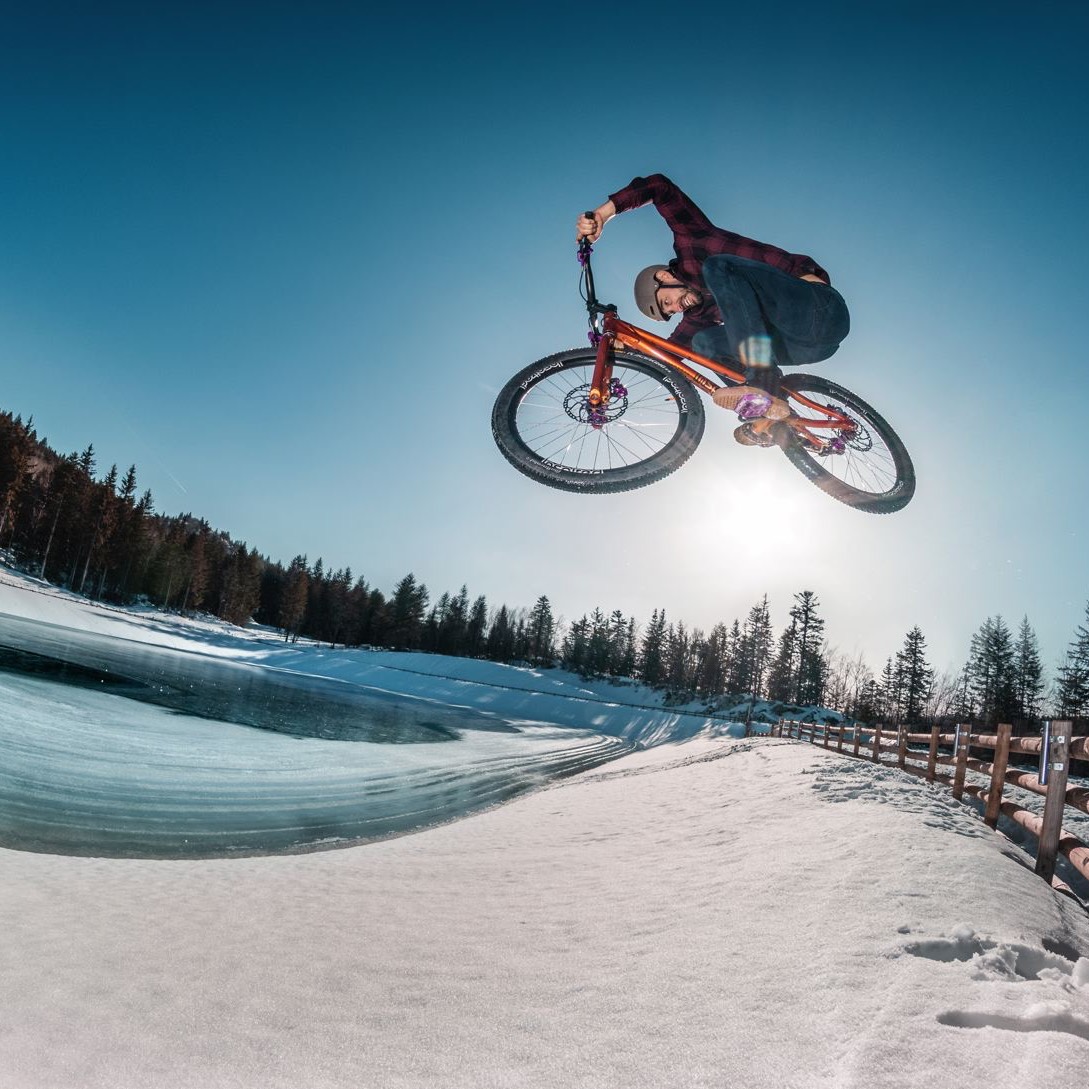 Street trials started in England at the end of the 1990s. The discipline, inspired by mountain bike trials riding, involves manoeuvring over urban obstacles. The difference is in the approach and the aesthetic. Street trials riders infuse their moves with greater speed, which they took from street BMX moves. They look to achieve "flow" in their moves.

The riders quickly adopted moves such as back flips, 360s and variations, tail whips and tyre taps.

Yohan and Thomas Triboulat then brought the sport to France.

At the end of the 2000s, they were featured in the video series "Reason to Be", which has been seen several hundred thousand times on social networks. It was a massive number of views for the time. In partnership with the Ozonys bicycle brand, they developed the first street trials-specific bikes.

The sport exploded among the general public thanks to Scottish rider Danny Macaskill and his videos seen by hundreds of millions of people throughout the world. The sport then became more popular.

The versatility of the athletes brings intense visual potential to the discipline. Mounting and manoeuvring over obstacles, balancing

on modules that are several feet high, performing rotations and movement sequences in every spot possible, with jumps and drops of

more than 10 feet high. In 2008, Yohan Triboulat began developing the module features and a specific show for his sport. The Freestyl’Air/X-Sports shows story began… 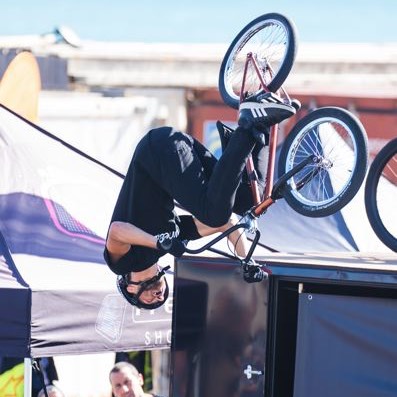 This sport appeared in the U.S. in the 70s, and made its way to France at the start of the 80s thanks to Alain Kuligowski, a journalist specialising in motocross who returned from doing a story in the U.S.

This sport allows adolescents without the means to buy a dirt bike to ride motocross like the adults around them by riding pedal bicycles with knobby, off-road tyres. Up until the end of the 80s, BMX only had one type of bicycle and one discipline: racing (closed-track courses). BMX then developed several variations (park riding, street, half pipe, flatland) and thus came the rise of a new riding style, freestyle, which no longer involves racing on dirt tracks but performing stylish, acrobatic moves in the street.

The discipline has seen ever-growing success and it will premier in the 2002 Olympic Games in Tokyo. Photo, Romain Desvigne at an X-Sports show in 2018. 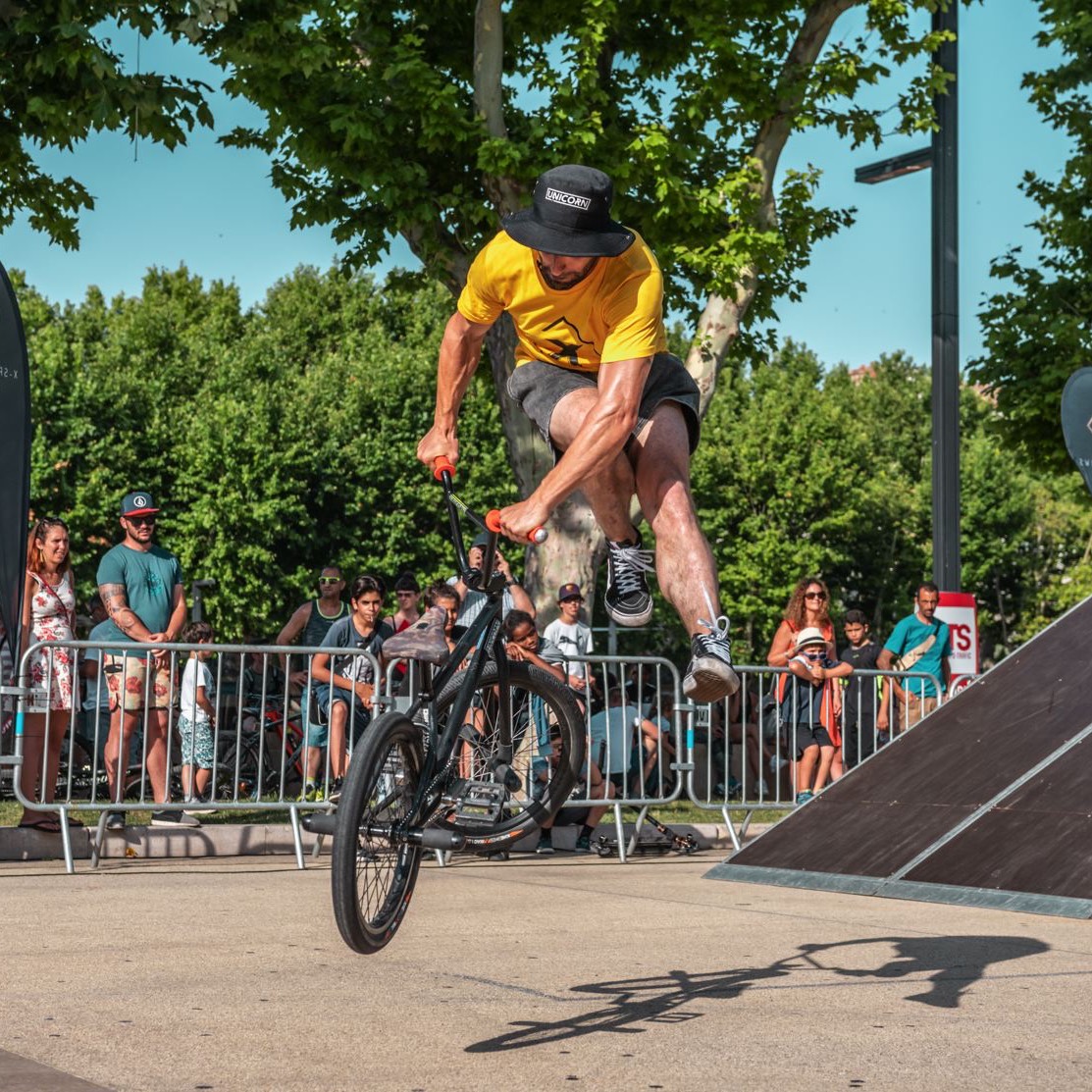 Flatland is a BMX discipline that involves performing the most fluid and dynamic series of moves possible on a flat, smooth surface. Most moves are made on the front and back wheels while standing on the pegs. The popularity and development of flatland is currently growing, especially in Asia (Japan). 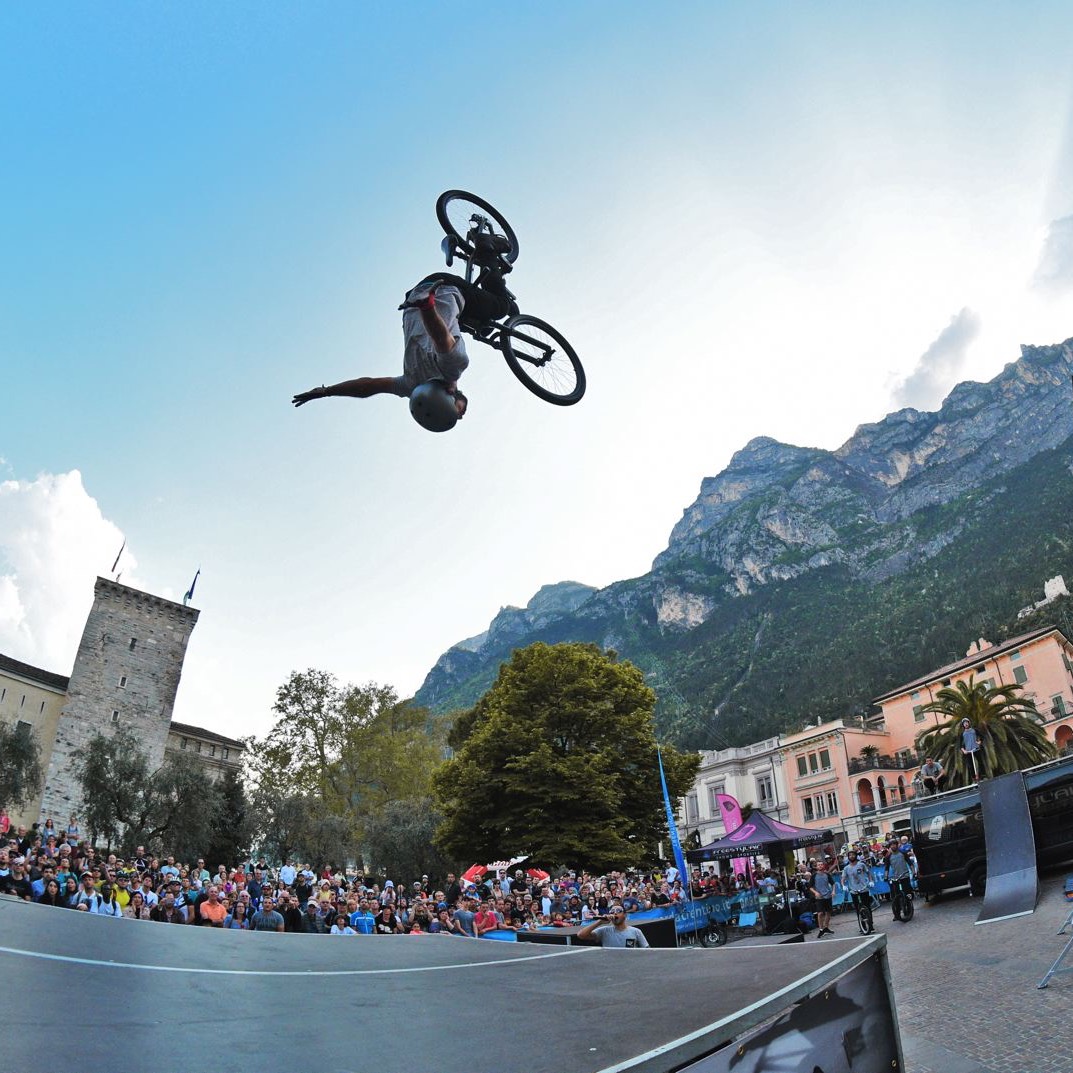 Mountain bike dirt jumping, more commonly known as freestyle mountain biking, is a young sport that appeared at the end of the 90s. Inspired directly by the moves and tricks found in BMX, the major difference is the wheel size, which is 26 in. On mountain bikes, as opposed to 20 in. on BMX bikes. The first "dirt jumpers" were mountain bikers who focused on performing 360s and backflips on bicycles that were not well adapted to these moves.

That's why the bicycles' geometry quickly developed, with a lowered top tube that lets the riders have the greatest freedom of movement so they can move around the bike in mid-air. The list of components was simplified by switching to a single speed, shorter travel front suspension (100 and 120 mm), an unsuspended "hard-tail" frame, and often just one brake for the front wheel.

With these developments, freestyle mountain bikes were able to master new park features through their versatility, which led to the birth of slopestyle, a leading discipline that combines freeriding and freestyle, on terrain often found in the mountains and with new obstacles.

The first competitions appeared at the start of the 2000s. The most prestigious is still the Crankworx competition in Whistler, Canada. The first event was held in 2004 and won by the American Paul Basagoitia.

The basic rotations are backflips and 360 spins. Then other tricks were developed like the "barspin" (spinning the handlebars 360 degrees) and the "tailwhip" (whipping the back of the bike around the front wheel and fork). The aim then became combining all of these tricks in one single jump.

Development in the discipline's training in the 2010s has helped it advance enormously, particularly with the inclusion of giant air bags that help riders practice and learn tricks safely.

In the same period, the Freeride Mountain Bike Word Tour was created, grouping together all of the biggest slopestyle and dirt jumping events with the world's leading athletes in the discipline. Thus, a ranking was established each season, just like in the skiing and surfing world tours.

The arrival of this world tour expanded the sport's popularity and brought new talents coming from all over the globe to the public's attention. The most successful rider for the moment is the Canadian Brandon Semenuk.

Photo, Maxime Peythieu at the Bike Festival in 2018.