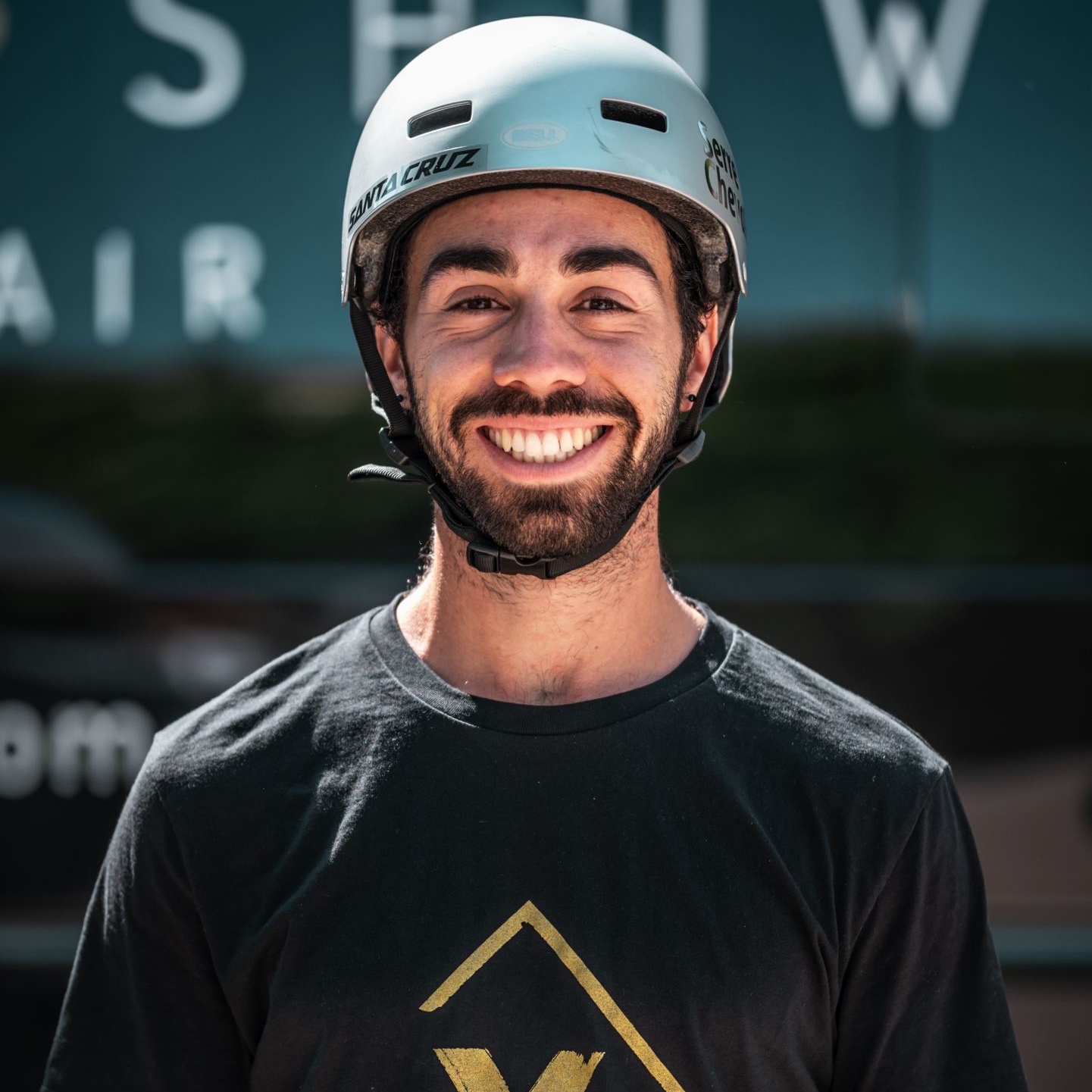 Presentation of the pilot:

Maxime is the most experienced freestyle mountain bike rider in the X-sports shows structure. While still in high school, he began to demonstrate extreme sports from the age of 16 alongside Yohan Triboulat, shortly after the creation of Freestyl'Air. It is after obtaining his diploma in mechanical engineering that he decides to devote all his time to his passion, freestyle mountain biking.

He divides his time between training, development of his own spot dedicated to mountain biking, competitions and shows.

Indeed, his record is well filled. After having raced competitions on the French amateur circuit between 2012 and 2014, where he won the famous FISE Montpellier in 2013. He then goes into the pro category, where he will take the victory of the Outdoormix festival in Embrun in 2015, and a 2nd place on Roc'n Ride Roc d'Azur among a set of international riders. During his trips around the world with the Team MIA SantaCruz, he also wins twice X-Games China, in Shanghai, in 2014 and 2016.

Maxime has been part of 2013 to 2017, with many mountain biking trips in atypical spots around the globe, such as the Philippines, Thailand or the island of Madeira.

He made the choice today to leave the competition aside to focus on the show. Like any sport, the freestyle mountain bike, called dirt jumping, continues to evolve, and requires an ultra rigorous training to perform in competition. It is therefore difficult to combine this with a showman career, traveling very regularly on benefits.

Over time, he developed his own style, combining technique and commitment, bringing figures from the middle of the dirtjump, mixed with street movements, like the backflip by receiving manual, only on the rear wheel.

Nicknamed the "Swiss Mountain Bike Knife" by his teammates, he is at home on any of his SantaCruz bikes, from downhill to dirtjump, in any circumstance, which is a major asset for making freestyle mountain bike shows. He will be part of the team that made a semi-final performance of the TV show " La France a un Incroyable talent" in 2017, where he played in a very small space on a stage. A first to bring the discipline of dirt jumping on a TV set.

Will follow the TV shows "Tu Si Que Vales" in Italy in 2018 and "Arabs Got Talent" in Lebanon in 2019 where he will express himself more consistently in the final phase, with his sidekick Tanguy Bar performing figures still never seen in this kind of configuration.

Very active in the mountain bike world, you find him today on most of the X-sports shows, if he is not on the slopes of the Serlin Trail, a freeride mountain bike spot that he has been developing since 10 years with his association, or in the mountains of Serre Chevalier, of which he is ambassador.